Apart from over 100 language teaching resources published by Revilo (sold to Linguascope in 2016), Oliver has written for a host of educational publishers. This is a small selection of those books. 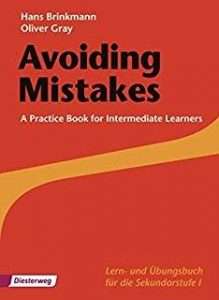 I guess more people have read Avoiding Mistakes than anything else I’ve written. It first came out in the early 1980s and it still sells now. A couple of years ago I was asked to update it in line with current English, which was educational in itself because it shows how rapidly the language has changed. The idea (created by my old deputy head in Bremen, Hans Brinkmann) was to concentrate on the most common mistakes made by German learners of English, and fitted in with a thesis I’d done in Kiel in the mid seventies about “interference” between languages.

That book led on to a series of readers on current affairs, also published by Diesterweg in a series called Modelle für den Neusprachlichen Unterricht.

Then there was a collection of short stories for the same publisher: 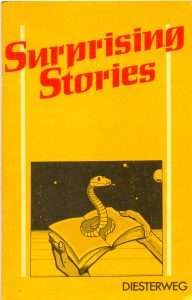 My first book for a UK publisher was a big-selling German GCSE preparation book for Longman called SAG MAL. Co-written with Gill Taylor, it went through several editions, of which this is the most recent. 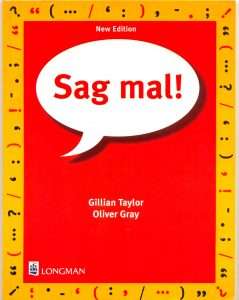 I worked for years for Mary Glasgow Magazines and also wrote a number of readers for them in a series called Lesekiste. 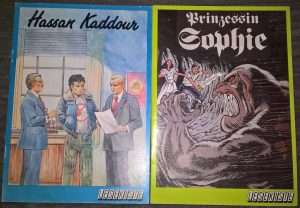 Other publishers copied this concept, so I wrote some French ones in a series called Lire Advantage:

And some German ones in a series called Lesezeichen (both for Heinemann). 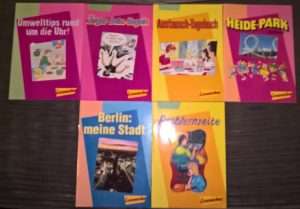 This book was the most disastrous I have ever written. Diesterweg thought the SAG MAL idea would translate into German. It didn’t. 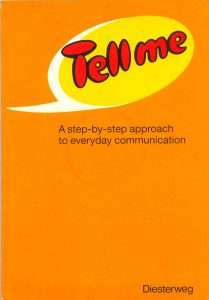 This book was great fun to write (for Hodder and Stoughton) and a life saver in the classroom. 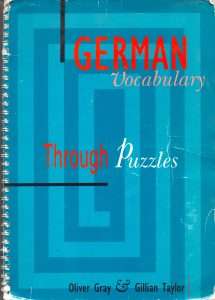 I was very lucky to get the opportunity to write a full scale GCSE German course. Logo was a great success for over a decade. 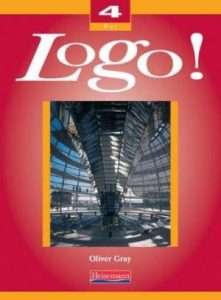 LOGO was the start of a very long relationship with Heinemann (now known as Pearson) that lasts to this day. This book below is the first one that had to be written for a specific exam board – something I don’t really approve of but what can you do? 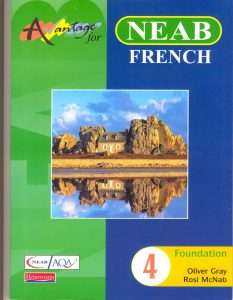 Heinemann International took some existing material of mine and published it in this form: 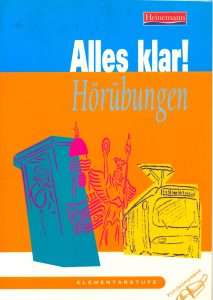 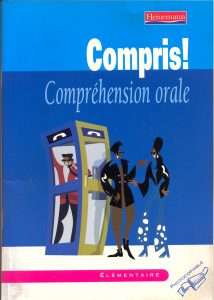 German Grammar! The unusual approach that Trevor Stevens and I took was popular and the book sells to this day. 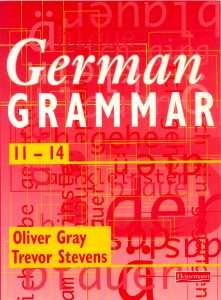 VOILÀ is the best French book I ever wrote but marketing issues meant it disappeared without trace. 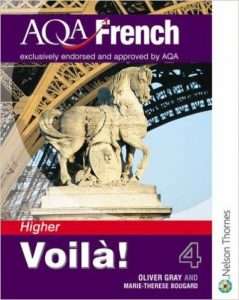 This was Voilà’s replacement, the start of a trend for text books to be written by committee. 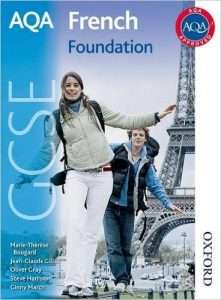 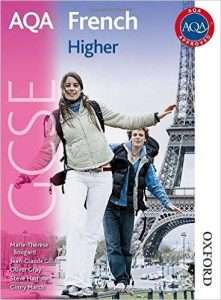 More grammar! This was a huge interactive project that I don’t think recouped its investment. 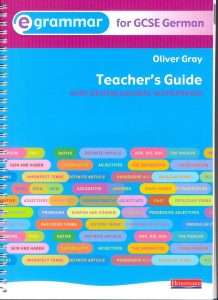 It was a privilege to write these French workbooks for Collins, a very enjoyable project. 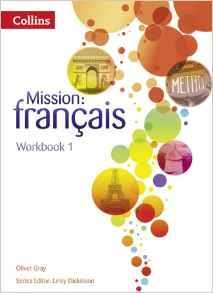 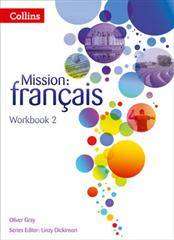 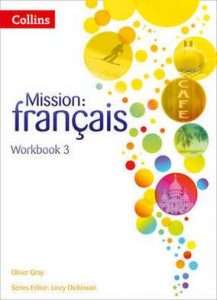 And talking about workbooks – they are my bread and butter and I’ve lost count of how many I’ve done. In fact, I’m working on one right now!